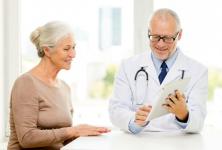 Using provincial data from ICES, the researchers matched more than 11,000 physicians to more than 45,000 non-physicians in Ontario, of similar age, sex, and residential location.

“The rate of colorectal cancer screening was similar in physicians as non-physicians, and patients were more likely to be screened if their family doctor has been screened,” explains Dr. Amit Garg, Scientist at Lawson Health Research Institute, Professor at Western University and Site Director of ICES Western.

Colorectal cancer screening increases the chance of finding cancer early, when it is easier to treat. When colorectal cancer is caught early, 9 out of 10 people can be cured.

According to Cancer Care Ontario recommendations, men and women 50 – 74 years of age at average risk of the disease should be screened for colorectal cancer using the fecal occult blood test (this was the gFOBT in the past, now it is the FIT). Those at increased risk because of a history of one or more first-degree relatives (parent, brother or sister) diagnosed with the disease should be screened with colonoscopy.

The researchers looked at three approaches to measure the uptake of colorectal cancer testing:

Physicians were less likely than non-physicians to undergo fecal occult blood testing and were more likely to undergo colonoscopy.

“There is an opportunity for greater screening in physicians, who may in turn positively influence screening in their patients,” says Dr. Linda Rabeneck, an author on the study, Vice-President, Prevention & Cancer Control at Cancer Care Ontario and senior scientist at ICES.

Dr. Garg adds that the important thing is for people to be screened because it has been shown that it prevents colorectal cancer mortality. “It’s a simple preventative measure that you can take. That’s why it’s recommended by our provincial agency.”

Most colorectal cancer at the early stages is asymptomatic, meaning many people won’t know that they have it unless they are getting screened routinely. Early detection can mean much more effective treatment.

“Physicians are busy just like everyone else, but they should take the time to take care of their own health. If they stay healthy than they are able to care for other people who are unwell,” says Dr. Garg. “They can lead from the front and be advocates and champions so that we can get the number of people screened to be much higher than it currently is.”

The study “Uptake of Colorectal Cancer Screening by Physicians is Associated With Greater Uptake by Their Patient,” was published in Gastroenterology.